I have, as really many people do, an odd sort of background to librarianship.

There was a good year or two of my life that was lived inside of a personal essay that I never quite wrote about the conflict between art and science and which side of the fence I thought was ‘right’. Once you get a little bit older you realise that, well, neither side is purely right and as a matter of fact that fence was largely imaginary to begin with.

It was my grappling between science and religion in the burgeoning stages of of my personal atheism that led me to believe that art was the true path – I literally drew a diagram of this, which I wish I could find, but it was something like: 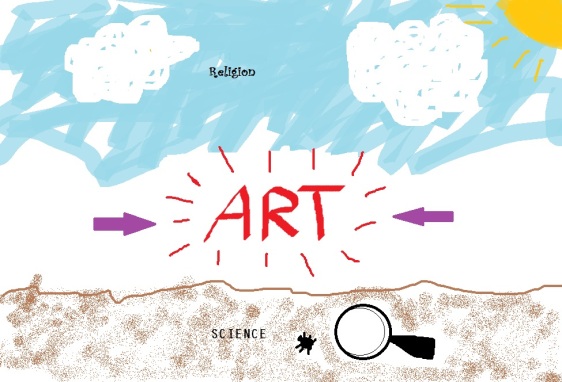 Religion was up in the clouds, all wishy-washy and unanchored to anything and vague.

Science was too specific, down in the microscopic dirt, with fundamental laws about particles but no bigger picture, no essence.

And then there was art, there was creativity, which seemed to draw these two together to make them larger than the sum of their parts. It’s true: my English major literally saved my academic career. I’m not sure I could have completed a degree in pure science.

And now, a decade out from my University qualifications, in a move that could perhaps have been predicted by some people but certainly was not by me, I have found myself in a University library, pointing to a stapler and answering fine queries from oblivious undergraduates (oh how the cycle perpetuates, there I am, a ghost of myself transposed ten years into the future and meeting myself), but also, if you step back, teaching people how to find, how to know, how to learn, how to synthesise, which is almost the same thing as pure creation, or at least the opening steps of the dance of it.

There are many things about my current life which I never could have foreseen but which at the same time have a certain inevitability about them. For example, blog posts written at 1am after a reasonable amount of chardonnay find their parallels in the essays I used to write the night before the due date, finishing at 4 or 5am after 4 or 5 cups of coffee. Some things do not change as much as we think they do.

And that’s how I got here.

Sitting on a beach at 11:58pm last New Year’s Eve, I raised a hip flask of liquor to a better year ahead.

For me 2016 has been a year full of personal achievements and much happiness, while simultaneously the world at large seemed to continue being somewhat awful. It has been a discombobulating combination of global grief and of private celebration.

My partner and I finally achieved our goal of buying our first apartment, along with a whole bunch of our friends who ended up buying in the same week (many glasses were raised and much alcohol imbibed that week – it was also my birthday).

While we moved in to our new home a repressed, homophobic religious bigot decided to commit a mass shooting in a gay club in Orlando and I wrote about how Love Doesn’t Win. Britain decided to screw itself over royally with Brexit and my British passport suddenly became a lot less useful.

I had many great and exciting opportunities in my professional life this year, which gave me a gratifying sense of progress. I’ve been acting in a higher position at work which has given me a lot of fantastic experience, and Laura and I got our conference talk proposal accepted (woohoo!).

Australia elected not just Pauline Hanson, but a second and third One Nation Party member to the Senate. Good job, Australia.

… And then they actually followed through with it and elected him. And what smug right-wingers don’t understand when they tell upset progressives to ‘get over it’ is that we’re not just mourning a race that has been lost, like some sort of sporting competition, but the disillusionment of realising that people – human beings – are maybe not the sort of creatures you thought they were, deep down inside. Maybe we have made a fundamental mistake in assuming that social progress is inevitable and humanity by its very nature will improve and make the world a better place as time goes on. That’s quite an upsetting realisation.

I started out earlier in the year geeking out about Kate Mckinnon in Ghostbusters:

And I ended up watching her in this, watching with the kind of ache in your throat that won’t go away for days:

Well, two steps forward and one step back, I suppose.

You find things/people to love, get creative, and keep on going.

I ticked off a bucket list item a couple of weeks ago when we went surfing with dolphins in Byron Bay. We are snowballing towards that end-of-year freedom feeling when the air is hot and the sky is high and blue and wonderful.

Sometimes it’s the smallest of things (literally) that make life great. This is Taco: 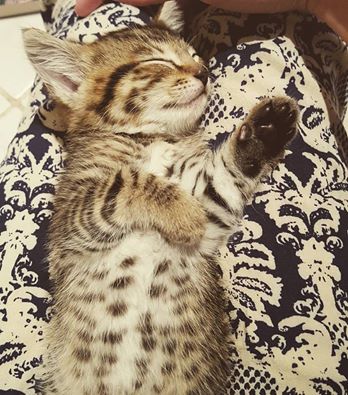 He is our baby and he makes everything right with the world.

Seriously Whimsical and its contents copyright Jennifer Nash 2011-2020 unless otherwise indicated. Views expressed on this site are my own and are in no way connected to my employer or any other organisation.